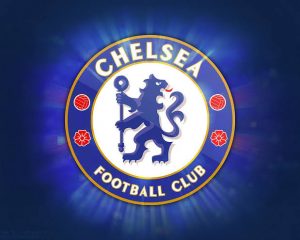 Well, not to be too harsh on the 2021 winning team, they won’t necessarily get thrashed. Let’s talk about the key players available to pick from before diving straight into the ocean of points.

2021 Key Players : Mendy, Rudiger, Silva, Kante, Mount, James.
2012 Key Players : Cech, Lampard, Mata, Drogba, Ashley Cole.
Comparing the key players before the game already gave the 2012 winning team an edge statistically. Then when you turn out to realize Silva was substituted on early in the game. It bring more woes to the 2021 team.

These are my arguments;

– Team-Player Mentality: before the 2012 final, the 2012 winning team already had series of cups won among them. Also looking at Didier Drogba who played in series of finals (at club level) and scored in all prior to the 2012 final, you already know they’ve got someone to bank on “unlike” the 2021 team who happens to be a product of disaster. They haven’t had a lot of games on their sleeves to qualify them to win a final against the Superstar 2012 UCL team. And they had to rely on Havertz who was a coach gamble judging on performance(s) prior to the 2021 final. The game will look rigged if they were to play based on the teams mentality only.

– Fixtures: from the Round Of 16, the 2012 UCL team faced teams like Napoli, Benfica, Barcelona and Bayern while the 2021 UCL team faced Man City, Real Madrid, Porto and Atletico Madrid. I wouldn’t want to delve deep into “opponent’s quality comparison”. But to put it in the UCL context. 2012 UCL Winning team won against the UCL defending champion and La Liga Runner Up, Portuguese League Runner Up, Coppa Italia Winner, Bundesliga Runner Up. Which are teams of highest quality and alien teams (from different part of Europe). While 2021 team faced The Epl Winner(from same league), the laliga winner and runners up (with a depleted quality) and are both from spain, and they also faced Runners up of the Portuguese ligue. In this sense we can clearly see that 2012 winning team had a hard fought victory travelling across Europe and winning ties facing different weather conditions before settling to win Bayern at their own Home Ground, Sensational right? Chelsea 2021 team had the ease of playing just between Spain England and Portugal. The Chelsea team played against the likes Barcelona, Napoli and Bayern that we all use to refer to as “In their Prime”. If there’s any team in their prime the 2021 team played against, we will all agree it’s just Man City.

– Team Stability: This will be a very short point, but going into the final in 2012, A lot of the players were players ready to go through the grits on the field, ready and willing to participate with a lot of fans being confident, except for the introduction of Bertrand. The 2021 team was so in shambles the only regular players were the defenders. Even though the quality of the Bayern team back in 2012 was huge compared to ours, we all had this believe it’s our time to win looking at the previous games, even when we were trailing the game. Into the 2021 final, even after scaling through to the final, and scored early in the first half, we almost even conceded in the final minute of the game which could have been a turnaround story. The 2012 teams played and gave fans a lot of peace of mind compared to the “Heart attack agent” of our 2021 winning team. This was because they’ve fought through a lot together unlike the 2021 team which was being shuffled throughout the season.

– Fans effect: The 2012 winning team played under different condition in different cities and gave quality performance all through. The 2021 team played a lot of the knockout games behind closed door which could have weaken or strengthen their game play btw. But we can’t remove the effect of playing against a much-loved Barcelona at their turf with their fans screaming and booing, playing against Bayern at the final on their turf with their fans booming loud. Putting fans presence in context, we probably won’t be holding a second UCL with the kind of team we have.

– Coach-player Relationship: the relationship between the coaches and players in both years prior to the final can’t be underestimated. In a situation turnaround event, both coaches came in mid-season. And Di-Matteo is a young coach amongst highly skilled and experienced players, yet he was able to deliver UCL and FA cup. Tuchel on the other hand came in mid-season and had the opportunity to deliver both also, He couldn’t. Tuchel had to sacrifice one for the other. The players couldn’t resonate well with the experienced coach and it costed us one of the trophies.

With this, it’s safe to say winning in football is greatly on mentality and team efforts (tactics, having each other’s back etc). Which the 2021 team lacks greatly. Having both teams play against each other in a final… the 2012 team will ease past the 2021 team.