Portable Publicly Apologizes To Davido For Insulting Him (Watch Video) 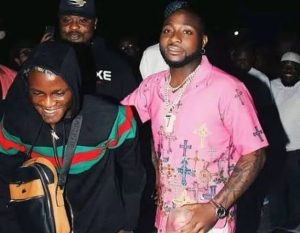 Portable has apologized to his colleague, Davido, for the snide remarks he made at the singer during the July 2022 Osun state governorship campaign and election.

Davido unfollowed Portable after discovering their conflict of interest on all social networking sites. This did not sit well with Portable, who released a video where he insulted Davido, who many consider to be his boss in the business.

”Open your ears and listen. My father is not a rich man. I am glory. I am the one who made my family rich. Support who support you. They ran to unfollow us” Portable said

The performer grabbed the microphone and did apologize to Davido.

Davido has not yet responded.