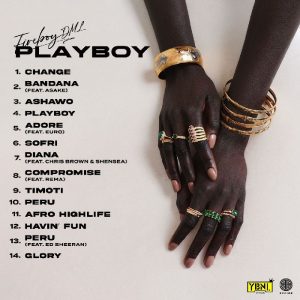 Adedamola Adefolahan, known professionally as Fireboy DML, is a Nigerian singer. He is signed to YBNL Nation. He unlocked a new amazing soundtrack aptly titled “Glory” and it’s made available for you on this platform.

The new impressive song by Fireboy DML “Glory” was picked from his just released studio project titled “Playboy Album” which houses 14 solid tracks with outside collaborations with the likes of Chris Brown, Ed Sheeran, Rema, Asake and other talented acts.